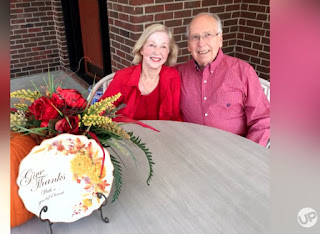 Erin takes Katie, Carlin and Tori out for ice cream. They have a little girl talk about boyfriends and Erin's matchmaking skills. The girls about pairing the pairing the boys some girls.

Nathan reveals that he is currently single right now but currently has some friends right now that he doesn't see. Erin thinks that Lawson needs to wait for a few more years right now. Lawson says that he is focusing on his music right now. Trace reveals that he is currently in college and still single as well.
Gil and Kelly give an update on the married couples. Chad and Erin recently got twin goats. Addie begs her mom to let them have goats. Zach is not sure about adding all these animals into the house. Erin says that it works for them since she grew up with a family of 19.

Kelly says that she wants goats but Gil doesn't want them.

The Bates are heading to the wedding of Kelly's mother and her groom-to-be. John and Alyssa could not coming due to the baby's arrival. Whitney and the kids did not come since Zach had to work. Chad had to work so he was unable to come.

Kelly talks about her step-father and how hard things were for her mother. She recently met a man named Tom and they got married. Kelly loves that her mother is so happy with Tom.

It's now time for the rehearsal dinner. Bobby shows up and the couple starts to practice for the song that they will be singing at the wedding. They end up laughing during the time.

The girls take photos with the bride. Kelly is truly happy for her mother. The guests gather for the ceremony.

Bobby says that they don't think that they are going to be able to wait for that long.