The family celebrated Zoey and Everly's first birthdays. Kelton and Josie announced that they are having a baby girl.

We are so excited to share our newest April birthday cover! 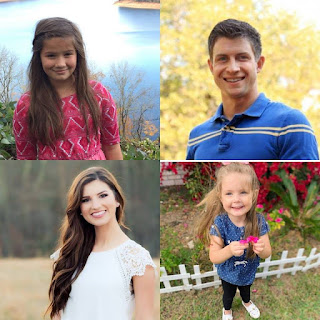 We have new family photos of the Paine family, the Webster family, and the Smith family! 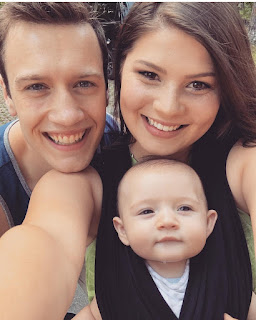 Bobby and Tori announced that they have moved back to Tori's hometown and can't wait to see what the Lord has in store. 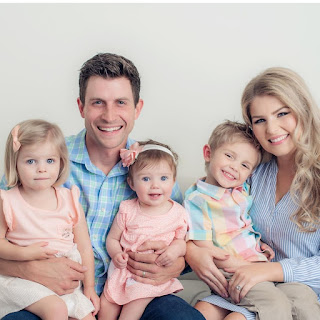 Chad and Erin recently celebrated their daughter's first birthday yesterday! Carson will celebrate his fourth birthday in May 2019. 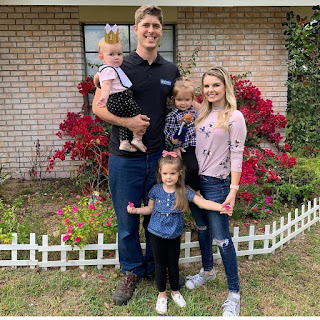 John and Alyssa recently celebrated Zoey's 1st birthday and will celebrate Allie's 4th birthday in a few weeks.
at March 31, 2019 No comments: 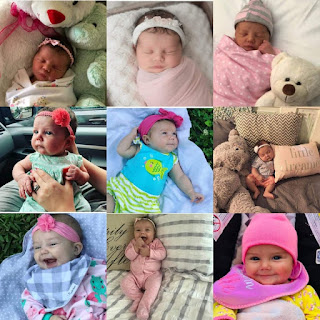 We will have her 12th month update in the few days

Recap: A proposal to remember & a baby on the way

Before we get started on tonight’s recap, we want to wish Zoey a very happy first birthday and share the gender reveal that Kelton andJosie made earlier today! Now on to the recap!
Chad is taking Erin to Whitestone Country Inn which is the location that they got engaged. They are celebrating their fifth anniversary. They book the Mallard Suite which is the most luxurious thing that they have ever stayed in. Erin arrives to find a bouquet of wildflowers and package of goodies from her husband. She admits that she would take this over a million of roses. They kick off their anniversary with a private cooking lesson with the inn’s chef. They make pan seared chicken with cream gravy.  They head to the church to exchange gifts where Erin gives him his beloved bible that she rebound and a journal since it’s one of her favorite things that he does.
Chad takes her on a ride with the horse-drawn carriage just like they did before getting engaged. They also head to the gazebo where he has more flowers waiting. Chad says that it’s a little token from him and their three little ones. He gives her two rings that fit together and Erin is blown away. Chad explains the rings are from him and the kids.
Gil and Kelly are enjoying spending time with the Paine children as they play a game of Mother May I. Kelly says that it’s hard for her husband to picture himself a grandpa since in his mind he is 24 and can wrestle and run around. Kelly would not trade it for anything. She keeps dying her hair since she doesn’t want gray hair but loves being a granny. At 31, Gil had seven children.
Bradley is turning four so the family heads to a local pumpkin patch to celebrate his big day. Lawson jokes that he thought that his nephew was only two now. Kelly says that he is so full of energy and yet sweet and sensitive. Bradly jokes that he is Kelly’s favorite because he is good looking.

We are so excited to share that Kelton and Josie are having a baby girl and naming her Willow Kristy. 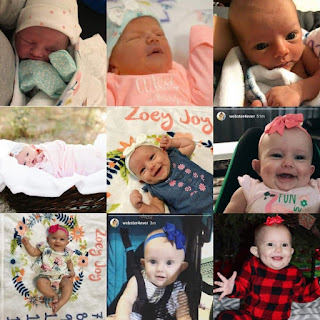 We are so excited to share that two Bates daughters have move closer to home. 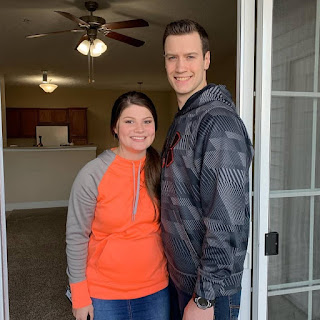 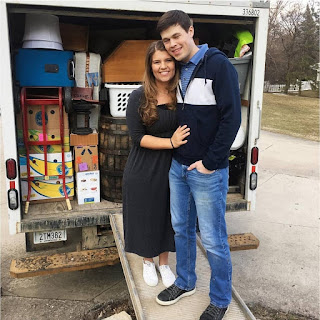 As many of you know that Bobby and Tori have been living in Nashville but have closen to move closer to the Bates family.

Brandon and Michaella have also chosen to move closer to the family. Michaella is planning to start nursing school in the fall.
at March 26, 2019 No comments:

John and Alyssa are just two months away from celebrating their 5th wedding anniversary!

Carlin, Whitney and Erin are starting their own business. We will be sharing more soon. 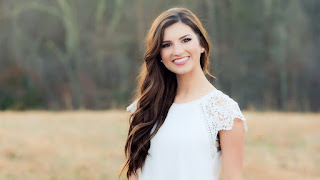 Recap: A Newlywed Nest & Trace put to the test

Gil and Kelly are taking Addallee to the audiologist and pediatric otolaryngologist for a check up. Addee was born premature with her cord wrapped around her neck. It cause her to stop breathing for a period of time but had no problems. Carlin helps her sister with her schoolwork and piano. Addee is described to be their miracle child. When she started school, they noticed that she could not hear what they were saying. With their daughter struggling to hear, Gil would talk to her and she would be fine. They did end up taking her to audiology and noticed that she could hear male lower range voices better than she could hear higher range voices. They ended up getting hearing aids.
Her old hearing aids were uncomfortable and would give a lot of feed back but the newer ones are better. She ends up doing a new hearing test and it comes back that she can hear but has significant hearing lost in mid to high sounds. The hearing aids will help balance them out. The doctor says that her hearing loss is stable.
Kelly has noticed an improvement in her daughter’s speech, hearing and everything. She doesn’t have to worry about her daughter’s confidence and feels better about herself. Addallee says that the biggest difference about her daughter’s hearing aids is probably that she doesn’t hear pick up background noise.
Meanwhile Josie’s friend, Samantha is coming over to decorate Josie’s new place. Whitney arrives to see the progress. Josie likes more muted colors than bright ones.
Gil and Kelly decide to take Judson and Jeb to an indoor rock-climbing gym. Kelly even tries it. Kelly reveals that they have a big family then they try to do something with the younger kids. Kelly attempts the rock wall but doesn’t get very far before she climbs down.
Judson makes it to the top despite of freaking out in the middle of the wall. The parents encourage their son to finish and he does. He doesn’t trust the belay and climbs all the way down to the bottom. Gil reveals that he has a good tree worker for the next twenty years.
Trace has joined the deputy reserve as a volunteer and rides with her brother. Zach is super excited to be a mentor to his brother. He is really looking to make a career out of this.
Trace reveals that he would love to be a full-time deputy but enjoys working for Chad and learning to be a bit in construction. He is figuring out which one he wants to do.
at March 21, 2019 No comments:

Tori has been begging her sister, Erin, to come up to Nashville to decorate baby Kade’s room before he gets here because she has no skills in decorating. Kelly, Erin, Everly, Whitney, Callie and Bradley arrive at the apartment to help decorate it. Lawson is already in Nashville.
Gil reveals that he didn’t get invited to this trip but he is the kind of guy that says oh don’t do that… it’s fine the way it is. Gil is happy that his children work together to help each other out.
Tori only has two bedrooms in her apartment and so the nursery must double as a guest room. Erin reveals that she volunteers Chad for a lot of work. She volunteer her husband to make a headboard for the couple.
Lawson doesn’t want his sister to move any furniture. Since the walls in the apartment are not allow to be pained, Erin decides to make a square decal out of contact paper to make an accent wall. Kelly says that even through everyone is doubtful of how it turn out, she thinks that it turned out good.
They head to Hendersonville Samaritan Thrift store where the girls get decorations. It is not before long that they add clothes to the cart. Lawson reveals that sometimes when they go for one thing doesn’t mean that they will stay with that one thing.
Zach arrives to the apartment with Kaci to move things around. He reveals that his father would die if he was there.
Erin reveals that she can’t go into a thrift store and buy a couple of things. She has to see everything in the store because you never know what you find. Chad jokes that he knows that there is a good pair of jeans.
When they return to the apartment, Kelly has a bouquet, a bunch of balloons and snack for Kelly’s birthday. Gil had two women deliver them. Kelly reveals that she might have been away for her birthday but knows that she will celebrate it when she gets home.
When the room was finished, the couple couldn’t have been happier of how the room turn out.
Katie is in class at Crown College, she decided to sign up for cosmology program. Today they are working on the first day which is color hair. She is a little nervous. Josie killed it and so it’s making it a little intimidation.
Lawson says that it scares them with Katie since she is a bit of prankster and jokester. He is worried about letting her cut his hair since she might do something crazy.
Katie hopes that she can still study nursing. She wants to be the kind of person that sees everything but finishing it’s one thing. She wants to do nursing but will finish cosmetology first.
at March 14, 2019 No comments: