On Last week's episode of Bringing Up Bates, Gil and Kelly sat down with Evan and Carlin. Carlin gets a little annoyed with her father when he likes to throw in his little nuggets. The four of them pray together and give them a green light to start a courtship. 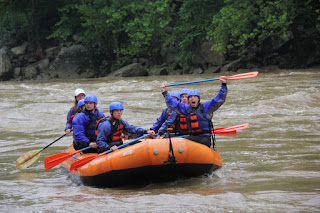 The family heads to the zip line course and the rules are those over 90 pounds and age of 10 and up are able to go on the zip line so Kelly takes the other children to the pool. Some of the lines are short and low but one is about ninety feet off the ground. Jackson says that it's nothing like the one in the backyard. 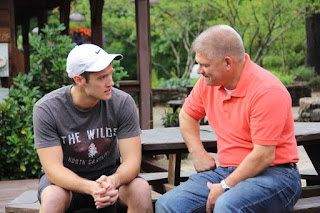 The next day the family goes whitewater rafting however it rains but doesn't stop the family. They ended up hiring a babysitter for the little ones. The family has to go on a more difficult course with a class four rapids and the boys are apprehensive of it.

The married couples get into the boat and Zach jokes that if the boat wrecks Nathan and Lawson will be raising all the kids from the family.

The girls end up screaming the whole way but enjoy it. They get back to the rental and take showers. Gil decides that it's time to pull Gil aside for the chat. Gil says he getting hit from everywhere since Evan talked to him yesterday and now it's Bobby. He doesn't know who is going to be next.

Bobby says that he wants Gil's full blessing to ask Tori to marry him. Gil jokes with Bobby with saying no. Bobby says that he has a hard time telling if he is joking or not. Gil later reveals that Bobby has his blessing. Bobby is so relieved and admits that he was really close to throw up.

Gil says that the couple are so good for each other but he feels that he is losing these girls one after another. 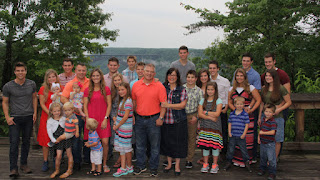 Bobby says that Tori has a theory that October is a magic month for them since they met and started to court in October but we will just have to wait and see. The family takes a family photo and then heads to dinner.