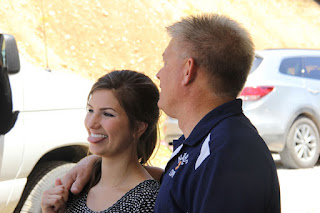 The family is getting ready for their four day trip to Adventures on the Gorge in West Virginia. John and Alyssa will not be able to make it and neither will Josie. Josie is finishing up summer school. Callie reveals that Carlin is really excited that her boyfriend, Evan, is able to attend the family's trip.

Tori reveals that Bobby is not able to make since he had work that came up this week.

Gil reveals that when the kids were easier when they were little since they were able to take one car. Now it's harder because you have kids everywhere and they have to bring two cars at different times because of responsibilities. 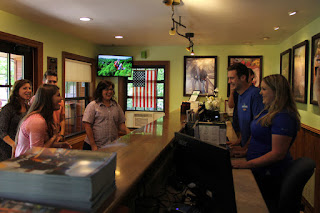 Carlin has to "fight" her father and little kids to get the first hug. Evan's sister, Kailyn, is coming with the family as well.

Kelly brings a few of the children with her to check in and Tori is still a little bit mopey since Bobby was not going to be there however her mood is about to change when they enter the lobby. Bobby is at the front desk and totally surprises her. Kelly reveals that she knew that he was going to be able to come.

They get into their cabins and Kelly and kids head for an outdoor picnic lunch with ice cream. Since Carlin and Tori were able to bring their boyfriend, Katie jokes about her boyfriend being two containers of ice cream. 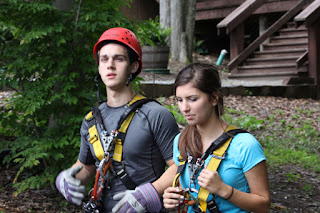 The first day, Tori and Bobby babysit Judson, Jeb and a few of the grandbabies as the others are doing the rope course. Zach reveals that if Jeb was the first born, the family would only have one child.

Bobby reveals that he has been excited to propose to Tori for a while. During the babysitting the kids, they talk about their future and the kids hat they hope to have.

Kelly is a nervous Nelly about when it comes to the rope course. Kelly reveals that it was pride in her that made her overcome her fear. 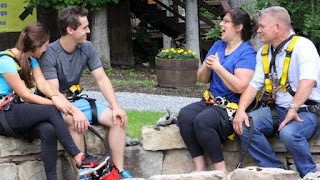 Evan and Carlin sit down with Gil and Kelly about starting the next stage in their relationship which is courtship. Evan reveals that he is nervous about talking to them because he doesn't know what they are going to say. He asked for permission to make plans to start the courtship in the summer. Gil and Kelly talk about the main purpose about courtship which is keeping God first and maintaining purity until marriage. Gil says that if it doesn't work out, he wants to make sure that they can stay friends and leave the relationship with no guilt. He also adds whoever you are going to marry could be still out there and if it's Carlin, that's great but there is still a chance that it's not. 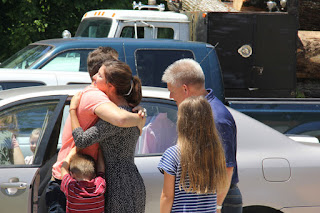 During his interview, Gil reveals that he does like Evan and thinks that he is a great guy but doesn't know if Carlin is grown up enough to start the courtship.
at September 07, 2017