We are so excited that we have a little over a month until Carlin and Evan’s wedding and they just released more information and a wedding website. 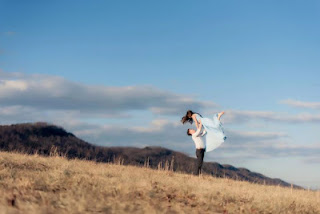 Carlin and Evan have chosen to have 24 people in their wedding party which means that she will have the largest since her sister Tori’s wedding.
·         Erin and Chad had five couples
·         Tori and Bobby had ten couples
·         Michaella, Alyssa, Josie and Zach each had between six to eight couples
Carlin has chosen to have two matrons of honor (Erin Paine and Whitney Bates), ten bridesmaids (Michaella Keilen, Alyssa Webster, Tori Smith, Josie Balka, Katie Bates, Joy Forysth and four of Evan’s sisters Ashley, Kailyn, Maegan, and Brittany), and two junior bridesmaids (Addallee and Ellie). Callie and two of Evan’s nieces will be the flower girls.
Evan has chosen his brother, Ethan to be his best man. His eleven groomsmen will be Zach Bates, Chad Paine, Lawson Bates, Trace Bates, Bobby Smith, John Webster, Kelton Balka, Nathan Bates, Brandon Keilen and his brothers-in-law Ben and Daniel. Jackson, Warden, Isaiah Bates will be an ushers along with Justin Duggar. Jeb and Judson will serve as ring bearers.

The officiants of the wedding will be Carlin’s father (Gil Bates) and a pastor (Dr. Frank Gagliano)  from Evan’s church.

Be sure to check out their wedding website: http://www.carlinandevan.wedding/
at April 06, 2019