For those that don't know,  John and Alyssa are expecting their fourth child due on February 17th.  February 17th also marks Jackson and Addallee's birthdays. 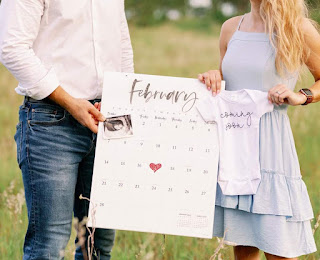 Alyssa also revealed that all of her children have been due at the beginning of the year.

Coming Soon! 💝💙
#babywebster4
Fun fact.... our kids birthdays will now be in JANUARY (Lexi), FEBRUARY (baby #4), MARCH (Zoey), and APRIL (Allie). Don’t know that we could have planned that one if we tried 😂

John and Alyssa have also shared that they will be finding out in September what the baby will be!
at August 09, 2020